If you are looking to read a blog about your favorite Disney movie of all time, you will be sorely disappointed.  But get used to it, young lady.  Your long life will likely be full of disappointments.  One after another after another. 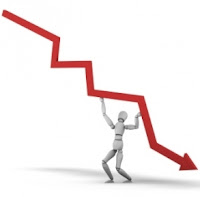 Even and especially at Christmas.

If you don’t believe me, Virginia, just ask the pastor of a United Methodist church near where I grew up on Long Island.  On Friday, he learned that the oil burner that heats the sanctuary of his landmark church burned out.  Fried.  Kaput.

Admittedly, I don’t know much about mechanical stuff, sweetheart, but I DO know that those things are supposed to last 2 or 3 or even 4 times longer than that.  Whose fault is it that this thing broke, I can’t say for sure.  Maybe there was a fatal flaw in the original design, and the manufacturer should be blamed.  Maybe it was installed improperly by the local company that hooked it up in the first place, and they should be sued.   Maybe it wasn’t maintained well by the congregation.

Don’t know.  Don’t care.  All the finger pointing in the world isn’t gonna warm the sanctuary on Christmas Eve.

Now, if you’re thinking that the church should just go to Oil Burners ‘R’ Us down at the mall, and get a brand new one, think again.  This poor church hasn’t even finished paying off the loan for the last one!

But to be brutally and perfectly honest, Virginia, the church MIGHT have  enough money to buy a new oil burner if they weren’t so busy giving their stuff away.

You see, this historic church goes out of their way to provide food and clothing for 200+ people in need every single week. In addition to that, they are  always sponsoring dinners, welcoming the poor and treating them as family and guests they gather around the table.

In fact, this Christmas they were planning on serving up to 500 people who might not otherwise have a family meal for the holiday. And every single child who shows up at this very special church dinner, was going to be given a toy.  For FREE!

That is, until the boiler broke last week.   But with no money and no heat, and no prospects to get either in the foreseeable future, I guess the church will have to cancel Christmas this year – unless…

Some area businessfolk heard about the church’s plight and offered to donate enough portable heaters to keep the sanctuary reasonably seasonable on Christmas Eve.  Someone else started a GoFundMe page, which has raised more than $8,000 in just 3 days.

Moreover, when word got out, another $10,000 was raised from generous members and townspeople and local businesses, all of whom got caught up in the spirit of the season.  And just yesterday, the Catholic church in town showed up at this Methodist church and said they had been praying to God, asking who they should bless with a special Christmas present.

Believe it or not, God told the Catholics to bless the Methodists, with a check for $2,000.

Yes, Virginia, the sanctuary may be a little chilly at their Christmas Eve service tonight, but I believe that the United Methodist Church and the rest of the beloved community in Patchogue is on fire!
Posted by Unknown at 7:57 AM